I was engaged in a… debate last week. The subject of which is not important at this time. Suffice it to say that there was some discussion of “science”. I use quotes around the more commonly known science to illustrate a point. What point that is, even I am not sure, though we can all agree there is one.

The discussion I mention was inherently stupid, but stupider still was one of the participants (surprisingly, not me). This individual claimed that their sibling had a “Masters of Science”, which made both of them qualified to discuss the science behind such things as climate change, evolution, etc.

It was at this time I realized that the point of contention was absolutely un-winnable by yours truly. I was arguing with people that didn’t understand that a “Masters of Science” was not a Masters IN Science.

… so I gave up arguing and imagined what a Masters in Science would look like: 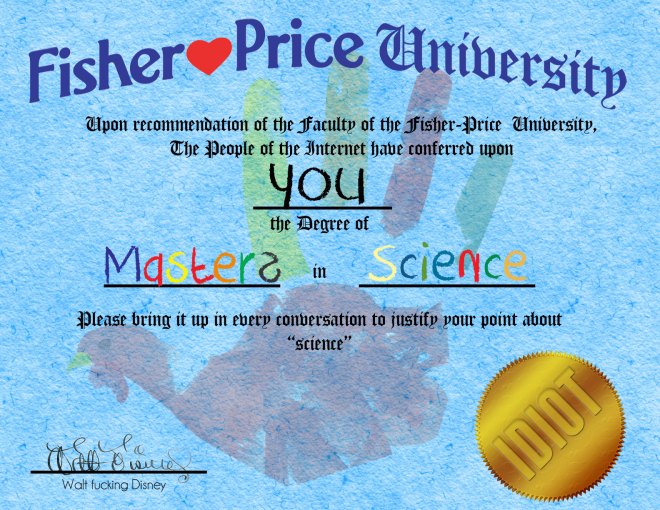